What is a Foil Resistor? 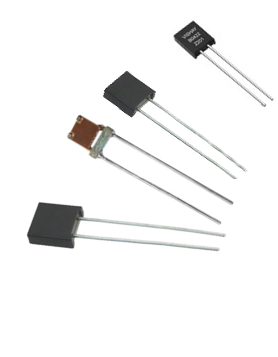 The metal foil resistor has the best precision and stability properties of all resistor types. The foil is made of an alloy of usually Nichrome with additives. It is mounted on a ceramic carrier with high heat conductivity. The foil has a thickness of only several micrometers. The desired resistance value is achieved by a photoetched resistive pattern in the foil. The metal foil resistor has a low Temperature Coefficient of Resistance (TCR), good long term stability, low noise, low capacitance, fast thermal stabilization and no inductance. The low TCR is one of the most important parameters that influence the stability. This means that the resistance value will vary only a small amount as the ambient temperature and the resistor’s internal temperature changes. Over a range from 0 till 60 deg C, a typical value for TCR is around 1 ppm per deg C. This depends on the construction (thermo-mechanical effects) and the properties of the foil material. In the planar foil the pattern is made parallel to reduce inductance (max 0.08 microH).

A foil resistor is a high precision component to limit electric current. The opposition to current flow is provided by a very thin piece of metal.

The excellent properties for precision and stability are due to a combination of several characteristics, which are following from the design principles of the metal foil resistor.

Foil resistors compete with several other types as high precision resistor.  In a foil resistor, a special alloy is cemented to a ceramic base. A pattern is etched in to foil. This process provides the best overall characteristics available in current resistor technology. These resistors combine low inductance and capacitance, low TCR, low noise, fast thermal stabilization and minimal ESD effects in one platform.